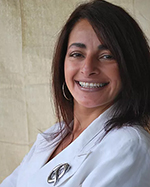 Arabic is now the 6th most spoken language in the world and is spoken by more than 200 million people worldwide. Arabic started off as a language that was only spoken by a small population. Nomadic tribes would travel around the Arabian Peninsula and speak Arabic, a language they were very proud of. Prose, poetry and oral literature were common ways to communicate through Arabic in those times.

Arabic is a “Semitic,” language and is most closely related to Aramaic and Hebrew. Other Semitic languages include Maltese, Mehri, Phoenician and Tigrinya. Semitic languages are based on a consonantal root system. Every word in Arabic is derived from one or another root word (most likely a verb).

By the 7th Century A.D., Arabic started to spread to the Middle East as many people started to convert to Islam. During this time of religious conversions, Arabic replaced many South Arabian languages, most of which are no longer commonly spoken or understood languages.

Arabic is the official language of many countries in the Middle East such as Bahrain, Egypt, Iraq, Jordan, Kuwait, Lebanon, Oman, Palestine, Qatar, Saudi Arabia, Syria, the United Arab Emirates, and Yemen. It is also one of the six official languages of the United Nations.

The Arabic language is one of the six official languages of the United Nations;